The mother of cancer activist Dame Deborah James has spoken out for the first time about her last days, revealing that she said she “didn’t want to die”.

Heather James was her daughter’s primary carer from early May when she moved to her home in Woking, Surrey for home care in a hospice until her death on June 28.

Speaking to BBC Breakfast, her mother said when she first moved in she only got “three to five days” from doctors.

“Those eight weeks were, in a way, probably the best eight weeks we’ve had together as a family, even though she died at the end of it,” she said.

“But she did say ‘I don’t want to die’. And that’s the hardest, saddest part.” 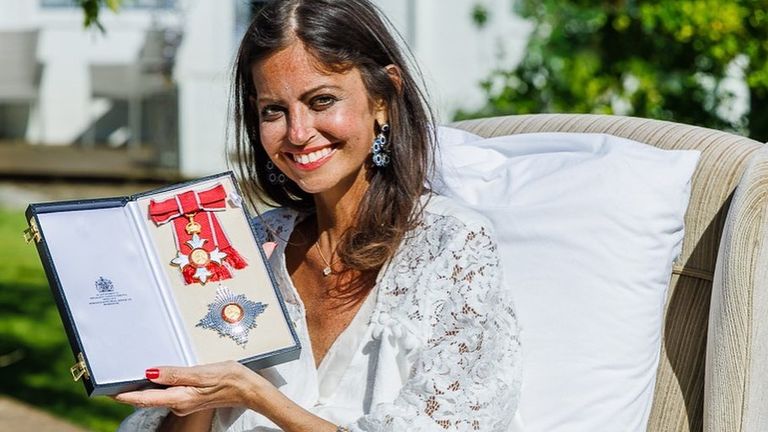 Cancer campaigner made a lady

Prince William felt ‘one of my son-in-law’

Asked about the visit from the Duke of Cambridge, she said he “put them at ease” and it was like he was “just like one of my sons-in-law”.

Earlier this month Dame Deborah’s husband Sebastian Bowen told The Sun that he told her how proud he was of her and that he would take care of their children in her last moments.

Dame Deborah died at the age of 40 after being diagnosed with colon cancer five years earlier.

She co-hosted the podcast You Me and the Big C with fellow patients and campaigners Rachael Bland, who died of breast cancer in 2018 at age 40, and Lauren Mahon.

Charities Bowel Cancer UK and Cancer Research UK have described her as a “tiring” campaigner.

After her death, the NHS has revealed: colon cancer checks are now at an all-time high.

According to the data, 170,500 people were referred for checkups for suspected lower gastrointestinal cancers between the months of May and July.

Ads on Netflix: what to expect and what it means for the industry