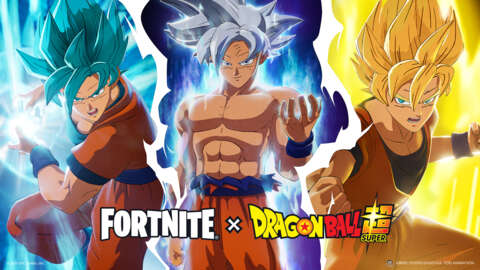 Skins will be sold in two bundles, while a third gear bundle will also be available for purchase. The Goku & Beerus Bundle includes the following:

The Vegeta & Bulma will give players the following items:

Multiple in-game events will also be featured during the crossover event, including the Dragon Ball Power Unleashed quests that offer special rewards, additional battle pass levels, and a Shenron glider for those who complete missions and collect the Dragon Balls. We’ll have a complete guide to this comprehensive in-game event coming soon.

Dragon Balls can be found on multiple Fortnite Creative maps featuring prominent locations from the Dragon Ball universe. The creative maps include Kami’s Palace, Goku’s House, and the Room of Spirit and Time, among others. There will also be a special cruise ship creative map that will play Dragon Ball Super episodes in their entirety so players can watch them together.

This isn’t the first time Fortnite has crossed paths with a major anime franchise, as Naruto received two waves of skins and other cosmetics, one in November 2021 and the other in June 2022. Fortnite is available for free download on Xbox One, Xbox Series X| S, PlayStation 4, PlayStation 5, PC, Nintendo Switch and mobile devices.

Destiny 2: Where is Xur today? Location and exotic items for September 2-6