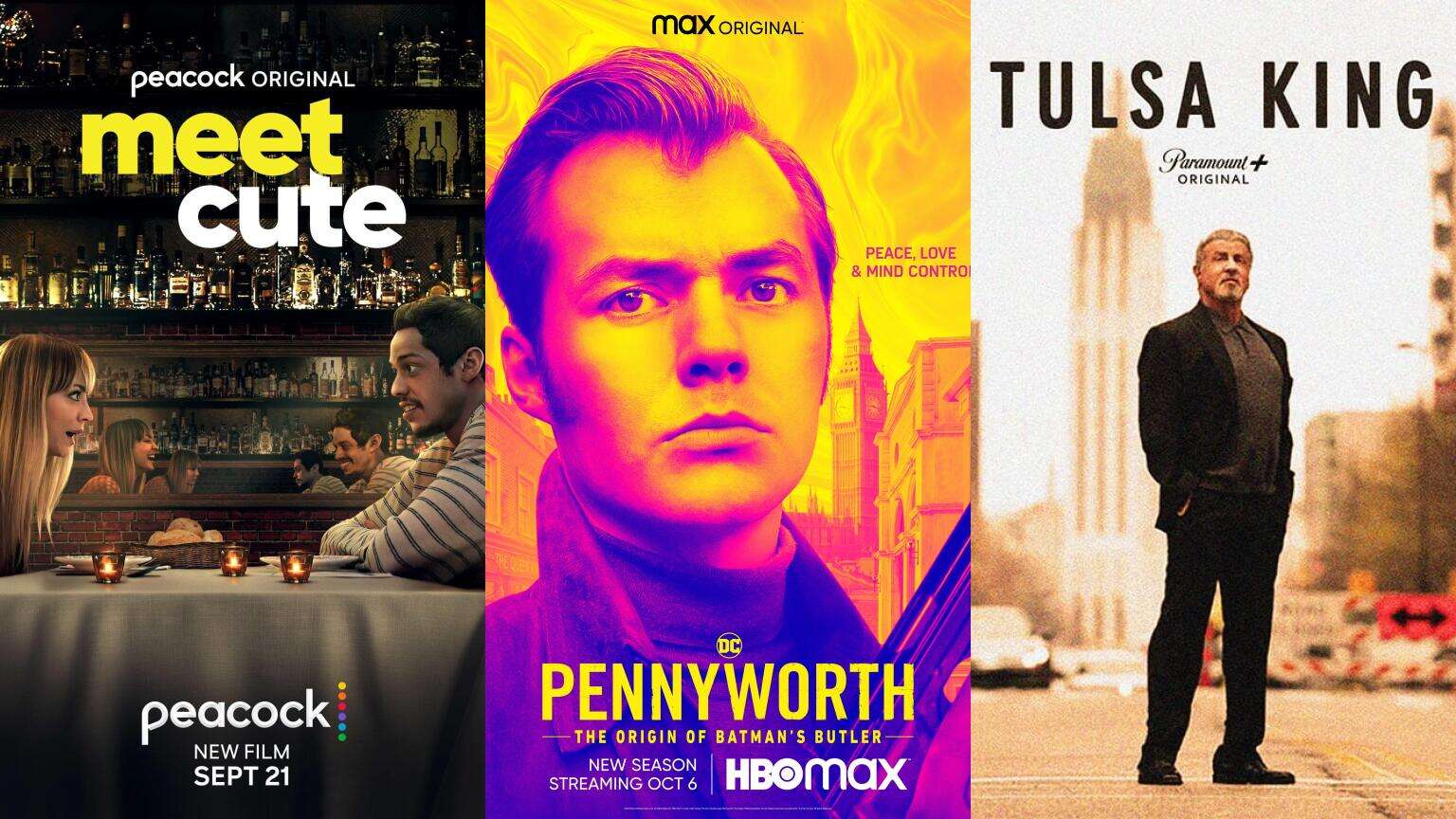 This week, Peacock unveiled the official trailer for his new high-concept romantic comedy “Meet Cute.” In the movie, Sheila and Gary seem to be in love at first sight, don’t they? With the help of a time machine, Sheila (played by Kaley Cuoco) relives their date as many times as it takes to get it just right, and Gary (Pete Davidson) falls for her the way she’s fallen for him. The film will land on the NBCUniversal streamer on September 21.

Watch the trailer for “Meet Cute”:

As previously announced, Sylvester Stallone will star in the new Paramount+ drama “Tulsa King”, from Taylor Sheridan, creator of “Yellowstone”. In the series, which begins streaming on November 13, Stallone plays a mafia capo who has just been released from prison after 25 years. His mob boss takes him out of New York and orders him to settle in Tulsa, Oklahoma. The aging mobster must start over and build a new life in a very different time and part of the country. The streamer released the first teaser trailer for the new series this week.

Check out the trailer for “Tulsa King”:

Jack Bannon stars as the Majordomo Alfred of the Caped Crusader in the recently renamed “Pennyworth: The Origins of Batman’s Butler.” After the first two seasons of the show aired on EPIX, Season 3 will come to HBO Max on October 6 with the first three episodes of the season, followed by a weekly episode through November 24. Alfred, a former British SAS soldier, meets the Waynes long before Bruce was born. HBO Max released a trailer for the third season this week highlighting the threat of a brand new supervillain.

Watch the Season 3 trailer of “Pennyworth: The Origins of Batman’s Butler”:

Legal drama “Reasonable Doubt” kicks off September 27 on Hulu. The show is loosely based on famed attorney Shawn Holley, who has represented Justin Bieber and the Kardashians. Emayatzy Corinealdi plays Jacqueline “Jax” Stewart, an LA criminal defense attorney with only a passing knowledge of ethical behavior. Kerry Washington who produces the series will also direct the first episode.

Steven Sonderbergh will direct all six episodes of “Full Circle” on HBO Max, under the direction of Zazie Beetz and Claire Danes. The series centers on a battered kidnapping and its investigation uncovers secrets about several New Yorkers. While no further details have been officially shared, Deadline has suggested that Danes will play a lawyer who runs her father’s company, while Beetz will play an agent for the US Postal Inspection Service. Ed Solomon is the writer of the series and both he and Sonderbergh will executive produce.

Ahead of the September 17 trilogy fight between Saúl “Canelo” Álvarez and Gennadiy “GGG” Golovkin, sports streaming platform DAZN has launched the two-part series “The Trilogy.” Adapted from the DAZN Originals series ‘The Making Of’, the two 30-minute feature films explore the rivalry of the two fighters and their big fights to date. It streams on the DAZN Boxing YouTube channel and on the DAZN platform worldwide. On Linear, Fox Deportes, Univision, CBS and NBC will carry the series. The September 17 fight will also be streamed on DAZN.

The Spectrum News connected TV app for Roku and Apple TV streaming devices has been launched. It gives customers access to Spectrum News’ 30+ local TV news networks, as well as original news content created for the app. The company says it averages more than 2.6 million viewers per month across its linear and digital platforms in 12 states.