Steve Coogan has told Sky News it feels strange to be away to promote his latest film after the Queen’s death.

The star was at the Toronto Film Festival for the world premiere of The Lost King, in which he stars, produces and also co-wrote.

“I didn’t hear of the sad news of our Queen’s passing until our plane landed, so it’s very strange.

“It feels strange, surreal not to be, you know, in Britain right now.

“There is a kind of universal respect for the Queen, I think, that transcends all the normal divisions in Britain regarding all things, the great work she did and the dedication over 70 years.

“From the age of 25 to 96 she has submitted herself to the service of our country and I think it’s kind of a strange moment, a defining moment for Britain.

“And as I said, uniquely I think her status has a widespread respect, but I’m going back (to the UK) tomorrow night so I’ll be able to stand shoulder to shoulder with my countrymen.”

The lost king the film’s title refers to is King Richard III, whose remains were found in a 2012 Leicester car park.

But Coogan says the film is actually about amateur historian Philippa Langley, who led the search for the monarch but was later sidelined when others took the credit.

“Of course I knew Richard III like most people in Shakespeare’s play—this hideous, evil, nefarious figure,” he explained.

“But it was Philippa Langley’s story that I found compelling, and the marriage of her struggle and the fact that she was judged harshly and Richard III, historically, has been judged quite harshly.

‘A David and Goliath Story’

“And so for me it was really her journey as an amateur, it’s kind of a David and Goliath story where she chases her intuition and her instincts with a kind of intellectual tenacity, and she got vindicated — it’s her story as much as Richard’s, really.”

The film was directed by Stephen Frears, whose 2006 film The Queen is one of the best-known dramatized versions of Queen Elizabeth, played by Helen Mirren, who won awards for the role. 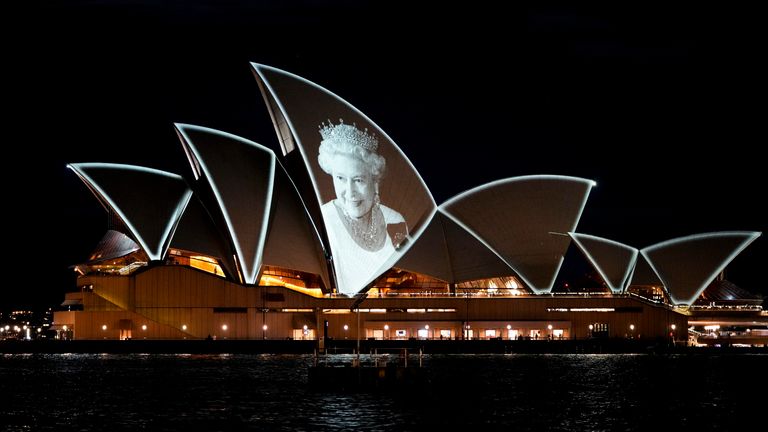 The world pays tribute to the Queen

He admitted he didn’t know what the monarch felt about the film and told Sky News “she never gave me any notes”.

For The Lost King, Coogan and Frears also reunited with writer Jeff Pope – the trio last worked together for Philomena in 2013.

The drama received the People’s Choice Award Runner-Up prize at the Toronto International Film Festival that year and was nominated for four Oscars.

Read more about the queen:
‘She defined an era’ – world leaders pay tribute to the queen
Daily Guide to What Happens Until Elizabeth II’s Funeral

Coogan said he enjoys telling the stories of others.

“It’s much easier, instead of looking for some kind of vehicle for myself, to be a writer and producer and try to tell the stories of others. 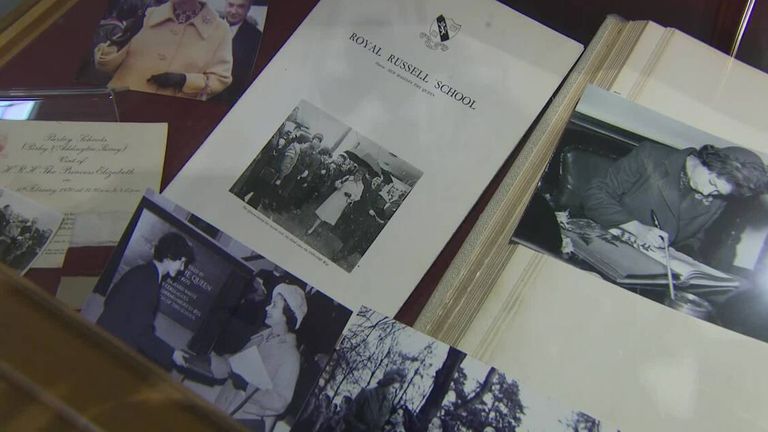 How generations remember the queen

“We are quite privileged, Jeff [Pope] and I, two middle-aged white men, to tell a woman’s story, what we did in Philomena.

And there are sort of similarities in Philippa Langley’s story in The Lost King, because it’s also a story of a middle-aged woman’s struggle to find her voice, and so it’s very satisfying to be a to pursue such a project. than some sort of vanity project.”

The Lost King is set to hit UK cinemas on October 7.

Who does Predator have to fight now? Yoda, Children of the Corn or Sid from Toy Story? | Movie