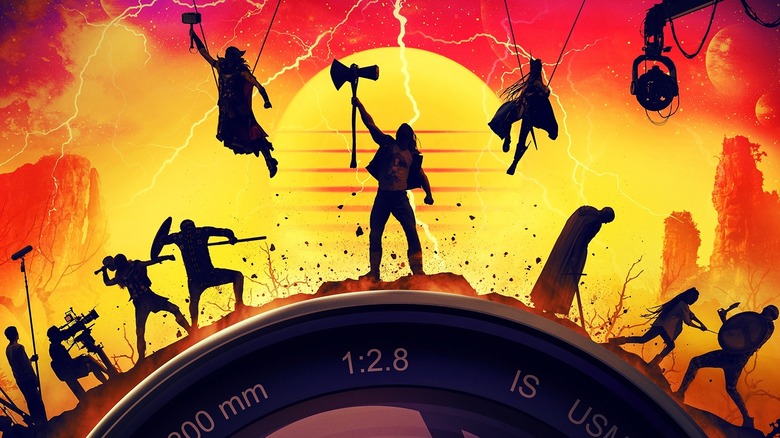 (Superhero Bits is a collection of stories, updates and videos about anything and everything inspired by the comics from Marvel, DC and more. For Comic Books, TV Shows, Merchandise, Events and anything that catches our eye, this is the place to find anything that falls between our ears.)

In this edition of Superhero Bits:

Action Comics #1050 ushers in a new era for Superman 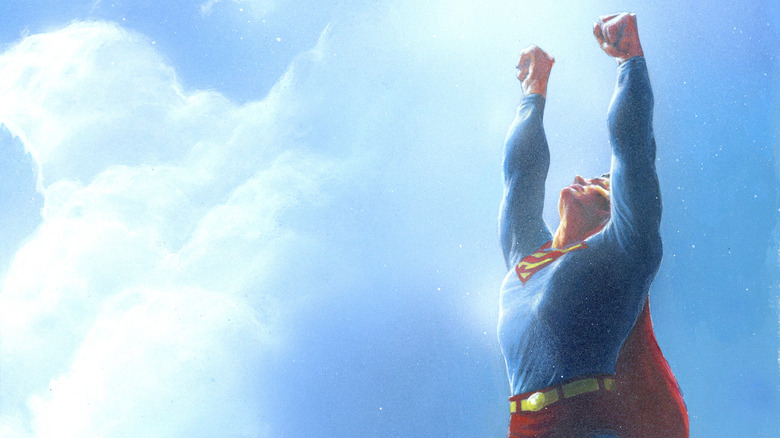 A new era for the Man of Steel has begun. DC Comics has revealed that the upcoming oversized “Action Comics” #1050 will mark the beginning of a new era for Superman, with a huge team of A-list creatives ushering in. The teams consist of Phillip Kennedy Johnson and Mike Perkins, Tom Taylor and Clayton Henry, and Joshua Williamson and Nick Dragotta. Johnson had this to say about it:

“Writing Action Comics over the past two years has been one of the most rewarding writing experiences I’ve ever had, and everything that’s happened in that time – Future State, Superman: Son of Kal-El, The Warworld Saga and Kal – El Returns – all worked on Action Comics #1050. Clark Kent has returned to Earth stronger than ever, Jon has come into his own and the Superfamily is poised to make Metropolis the real city of tomorrow.It’s no exaggeration to say Action Comics #1050 is a NEW BEGINNING for Superman, and the era that is about to begin is as bright, fun and exciting as anything fans have ever seen at DC Comics.”

The book will hit shelves on December 27. Full details on the variant covers that will be available for the issue can be found by clicking here.

Jeff the Landshark is one of those adorable characters in the Marvel Comics universe that a lot of people love, but (at least not yet) he still hasn’t moved on to the Marvel Cinematic Universe. Maybe one day! In any case, those wanting some landshark goodness can check out “It’s Jeff,” the Infinity Comics series exclusive to Marvel Unlimited, the company’s comic book subscription service. The trailer above offers a glimpse of what’s to come in the comic’s second season. (Spoilers: It’s full of shark goodness.)

The folks at Hot Toys will be attending Disney’s D23 Expo this weekend and they’ve brought some exclusive goods. As seen above, the Avengers Campus Spider-Man 1/6 scale figure will be the company’s large exclusive figure available to those attending this year’s convention. This is the version of Spidey that those who visit Avengers Campus will see and now you can own one. For those not at D23, getting one can be difficult, except for the secondary market on eBay, which can be brutal. But you can see the photos of the above image.

“Batman: Hush” has become one of the truly defining stories in the character’s history, so DC is re-released the 20th anniversary of the storyline in the form of the above special hardcover edition. But what’s especially important is that, according to IGN, original series writer Jeph Loeb and artist Jim Lee will be shooting a 5-page story just after the events of the original series. That alone may be worth the price tag. The “Batman: Hush 20th Anniversary Edition” will hit shelves on October 18. 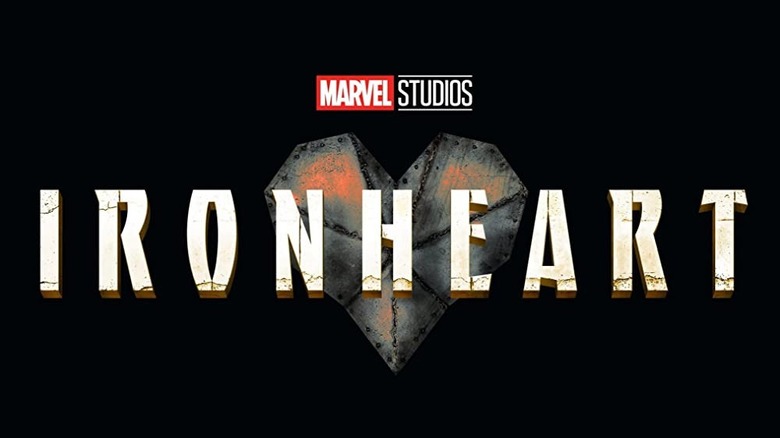 The latest live-action MCU series for Disney+, “Ironheart”, is currently filming, but that doesn’t mean it’s done adding cast members. As reported by Deadline, Shakira Barrera (“GLOW”) is the latest to join the growing ensemble for the show. Barrera’s role is being kept secret for now. She will star alongside Dominique Throne in the title role. The rest of the cast includes Anthony Ramos, Manny Montana, Alden Ehrenreich, Regan Aliyah, Shea Couleé and Zoe Terakes. “Ironheart” doesn’t have a release date yet, but is expected in 2023. Meanwhile, we’ll be seeing Thorne’s Riri Williams in “Black Panther: Wakanda Forever” in theaters in November.

Check out the Marvel Studios booth at Disney’s D23 Expo

Unsurprisingly, Marvel Studios will have a big presence at the D23 Expo this weekend, with a big showcase expected from Kevin Feige and co. on Saturday morning. We’ll bring you all the big news when it breaks, but in the meantime, the company has uploaded a tour of its booth from the showroom floor for everyone to see. Since we can’t all be in California to experience it for ourselves, here’s a fun way to get a taste of what Marvel has to offer this weekend. Check out the full tour for yourself in the video above and keep your eyes peeled for news from the Studio Showcase with Marvel Studios, Lucasfilm and 20th Century Studios on Saturday.

She-Hulk: Attorney At Law has other secret cameos in store 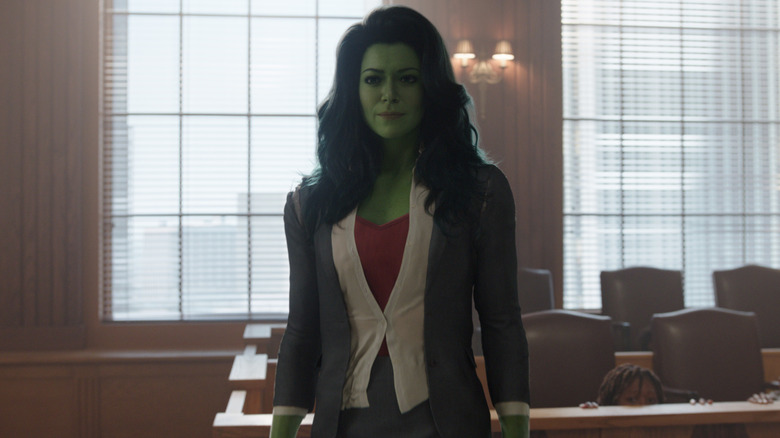 We’ve already seen some pretty impressive cameos and character debuts in four episodes of “She-Hulk: Attorney at Law,” but some secrets are still kept. And no, we’re not talking about Daredevil’s upcoming appearance. According to star Ginger Gonzaga in a conversation with TVLine, there are still a few secret cameos that we should look forward to.

“The thing about working in a superhuman legal department is we can represent anyone, so we get cartoon characters that haven’t entered the Marvel Universe yet, that you haven’t seen in any of the trailers. And you get the idiocy of the ridiculously cute superheroes who have legal issues and may or may not listen to their lawyers. I’m really excited that people are seeing these guest stars in the comic books.”

So, who could she refer to? All we can do for now is speculate wildly. Do that among yourselves if you feel so compelled. “She-Hulk” returns Thursday with new episodes on Disney+.

Assembled: The Making Of Thor: Love And Thunder is now on Disney+

Finally, as of yesterday, “Thor: Love and Thunder” has officially made its way to Disney+ in honor of Disney+ Day. But that is not everything! As the trailer above indicates, “Assembled: The Making of Thor: Love and Thunder” is also available on the streaming service, offering fans a behind-the-scenes look at the making of the latest MCU epic. These “assembled” documentaries have become standard practice for all MCU shows and movies, and they essentially work as Blu-ray bonus features. While that sort of thing is less common in the streaming age, Disney+ has done a damn fine job of keeping the spirit alive. You can stream the special right now, and in addition to the trailer, we’ve got a poster for it to check out below.

Check out the new poster for Marvel Studios Assembled: The Making of #ThorLoveAndThundernow only streaming on @DisneyPlus: https://t.co/mp1YWgV0qe pic.twitter.com/mJeXPUZEoD

Read this next: 9 filmmakers who should be given free rein in the MCU