Britain first glimpsed King Charles III around 12:14 a.m. Friday, when television cameras filmed him getting out of his car and pausing to talk to three Aberdeen airport officials in the drizzle before climbing the stairs into a small plane to fly back to London. He was accompanied by Camilla, Queen Consort, her head under a clear plastic umbrella.

It was the least pompous moment of a day, punctuated by ceremonial events, as Britain transitioned from one era to another.

As early as 6:30 am crowds gathered outside Buckingham Palace. Joggers, commuters and a few people carrying flags stopped at the gates of the palace and thronged to photograph the black-bordered official message affixed to the railings announcing that the Queen had died peacefully in Balmoral on Thursday.

When confronted by camera crews and microphones, many struggled to explain exactly why they had come, often concluding that they were there simply because they could not remember a time without the Queen.

Businesses and event organizers spent the morning trying to estimate what the official mourning period should mean in practice. Courts at the Old Bailey marked the moment by shutting down at 10 a.m. and some judges arrived wearing black-fringed mourning collars; lawyers got used to their new title, which had already changed from Queen’s Counsel (QC) to King’s Counsel (KC).

Some of London’s biggest stores, including Liberty and Selfridges, decided not to open out of respect. By midmorning, the government had released guidelines stressing that there was “no obligation for organizations to suspend their operations during the national mourning period”, but added that some companies might “consider” closing or suspending events. although this was completely contrary to their discretion.

Intended to clarify things, the guidance provoked a muddled response; London theaters said they would remain open but the Proms were cancelled. The trade union congress announced it was canceling its annual conference, which was set to begin on Saturday, calling off a protest in Hyde Park by Extinction Rebellion, postponing a meeting of the Bank of England’s monetary policy committee, rescheduling horse races and rescheduling the Premier League. announced that the weekend games will be postponed.

In Balmoral, the queen’s close relatives, who had been summoned on Thursday as her condition deteriorated, began to return home. Hints of existing tension between family members could be discerned from the timetable of royal quarters. Prince Harry was the first to leave at 8.15 am, barely 12 hours after arriving. He was seen setting out alone to catch a British Airways flight, with a small backpack slung over his shoulder. Prince William traveled separately later in the day to return to his family.

In the afternoon, church bells rang in town centers and villages to mark the Queen’s death. In Westminster, a House of Commons full of MPs in black suits was one of the most striking mourning images of the day; the row of new faces in the front seat of the government was also a stark reminder of how much has changed in Britain over the course of just four days, with a change of prime minister and monarch.

The new Prime Minister, Liz Truss, kicked off a two-day session to allow politicians to pay tribute to the Queen, saying: “She was the rock on which modern Britain is built.” Using the still-unknown term, she declared that the nation was now entering a new “Carolean era.” She and former Prime Minister Boris Johnson provided insight into how clever the Queen had been on Tuesday when they had a separate audience with her at Balmoral. Truss said, “She generously shared her deep experience with the government, even in those last days.” Home Secretary Tom Tugendhat shouted “God save the King” as she finished her speech. Describing his encounter, Johnson said, “in that audience she was as radiant and as knowledgeable and as fascinated with politics as I can ever remember.”

At 1 p.m., the BBC, which had cleared its normal schedules for a second day, cut itself off from the tribute to broadcast the 96-round gun salute that was launched simultaneously from across the country. Thousands of people gathered in near silence to watch a procession of 71 horses galloping in Hyde Park, before the 16-minute display of cannons firing loud blanks.

By early afternoon, several florists near Green Park had run out of flowers, but it would be incorrect to suggest that signs of mourning were visible, especially in the capital outside the immediate vicinity of the palace. Elsewhere, people went to work, wore their usual clothes, ate at restaurants, traveled on the subway, went to school and went shopping.

All over London there were only occasional, scattered signs that this was an important day – a black belt with the Queen’s face spinning at the top of the BT Tower, photos of the late monarch on digital display panels at bus stops and, just before 2pm, the sound of TV helicopters following the King’s journey in a convoy along cleared roads from RAF Northolt to central London.

A huge crowd waited to greet him, thousands of arms outstretched, rock concert style, everyone trying to film the moment on their phones. In the eight minutes between 2:13 PM and 2:21 PM, the king shook hands with more than 200 people, most of them women, who lined the barriers outside the palace. Occasionally using both his left and right hands, for greater efficiency, he smiled warmly and accepted a red rose, two kisses on the hand and a kiss on the cheek, before entering the building uncertainly.

Elsewhere, companies went to great lengths to ensure they marked the moment appropriately. The government’s bereavement advice suggested that organizations could list the mourning period on their websites, “with black borders or black banners, for example.” By mid-afternoon, the normally orange Sainsbury’s homepage had a black belt to express its grief over the Queen’s death. Royal Mail sent a message to reassure people that stamps with the Queen’s head on them would remain valid.

Shortly after the king’s arrival at the palace, Truss arrived for her second audience with a monarch in the space of three days. Somehow, during the day, the king managed to find time to write and record a speech to the nation.

Throughout the day, choristers had rehearsed a revised version of the national anthem, God Save the King, which was later sung for the first time since 1952 during an evening prayer service at St Paul’s Cathedral.

As the service began at 6pm, the BBC and ITV simultaneously broadcast the new king’s nine-minute speech, which was full of uninhibited affectionate displays of love for his “beloved mother”, as well as his “cute wife”, the new queen consort. In a speech clearly intended to build bridges, he said he also wanted to “express my love for Harry and Meghan as they continue to build their lives abroad”.

He paid tribute to his mother’s “well-lived life” and her “warmth, humor and an unfailing ability to always see the best in people”, before promising to follow the “unshakable devotion” she had shown to the nation. . As he concluded his inaugural address as monarch, he said, “And to my dear mama, as you embark on your last great journey to join my dear papa, I just want to say this: thank you.” 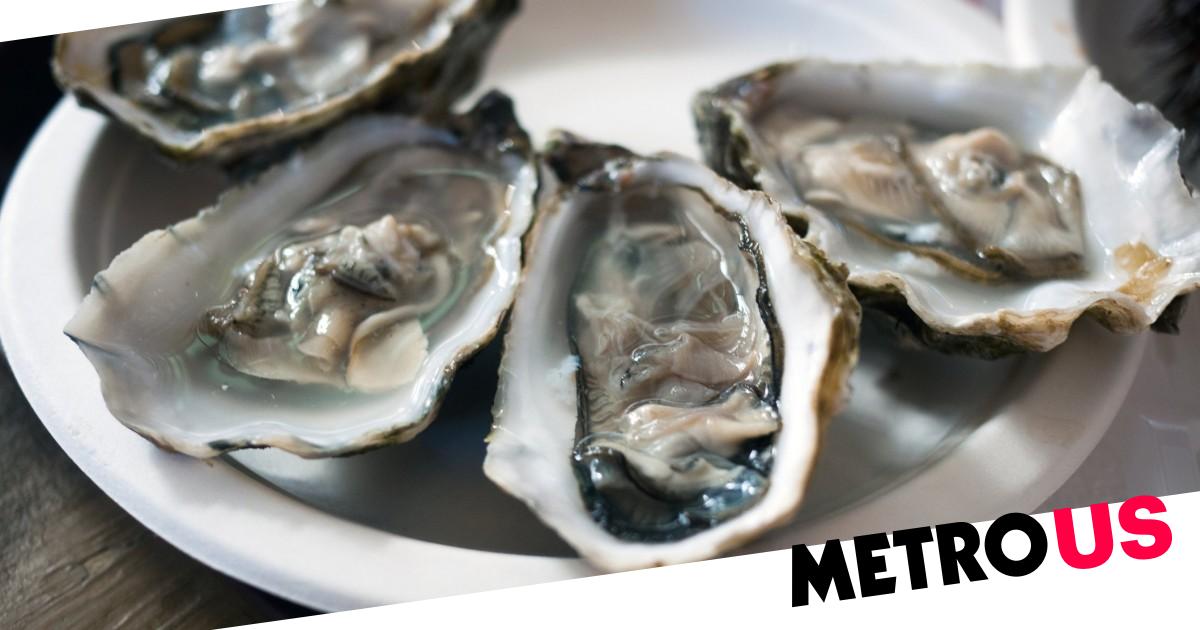 Florida: Man dies from eating ‘one in a billion’ bad oyster 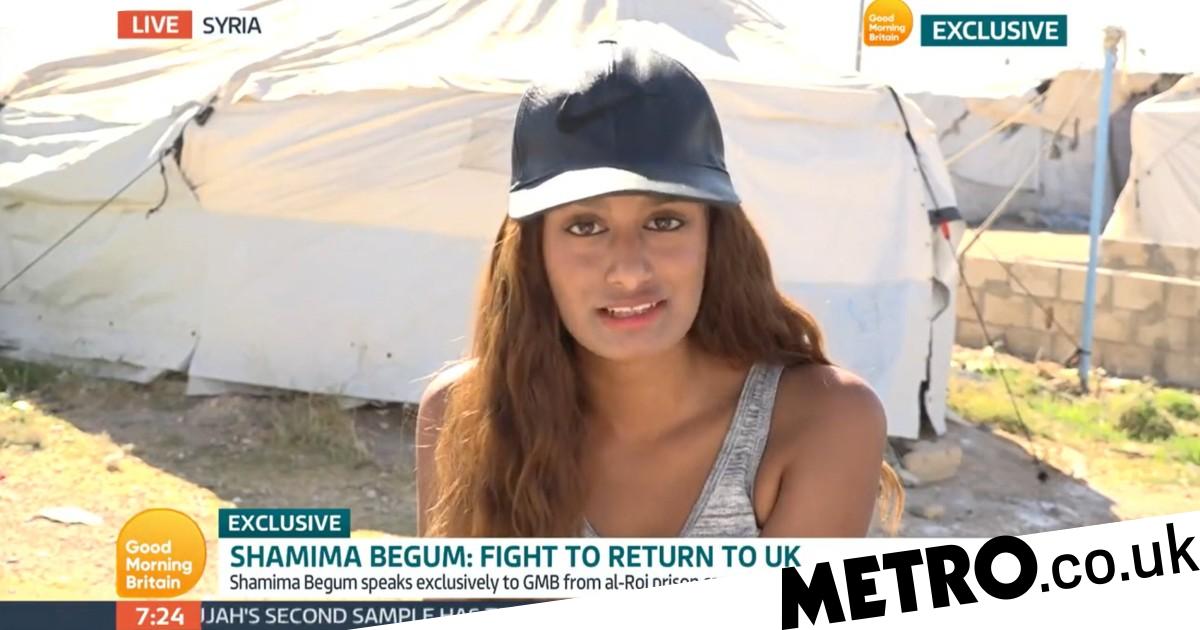 Shamima Begum ‘was smuggled into Syria by Canadian double agent’