‘For him to see me on the sidelines is a proud moment’: Ruud van Nistelrooy admits he was delighted to have his former Manchester United boss Sir Alex Ferguson at Ibrox as he led PSV to a 2-2 draw against Rangers

By Mark Wilson for MailOnline

Ruud van Nistelrooy admitted he was proud to see Sir Alex Ferguson coach his side at PSV Eindhoven to a 2-2 draw against Rangers in Tuesday’s first leg of the Champions League play-offs.

The former Manchester United striker spoke to his longtime manager – who was in the executive box at Ibrox – after an Armando Obispo leveler boosted in the 77th minute ahead of next week’s return match in the Netherlands.

PSV already took a lead in the first half via Ibrahim Sangare, after which Rangers reacted quickly with a nice move and created the equalizer for Antonio Colak. 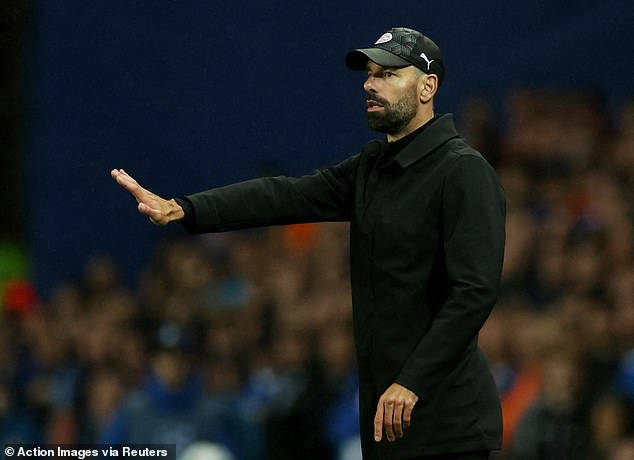 Van Nistelrooy’s team was strong in the second period, but seemed to be waiting for a defeat after goalkeeper Walter Benitez messed up a free kick from Tom Lawrence.

However, Obispo ensured parity with a header from a corner, Van Nistelrooy’s pleasure being enhanced by the presence of Ferguson.

“I was proud that he could see my coach see my team and lead my team,” said the Dutchman.

“I’m glad he’s doing well. I spoke to him briefly, but he is healthy and looking good. His family is doing well.

“Like I said, it was great to see him. For him to see me on the sidelines at Ibrox is a proud moment. 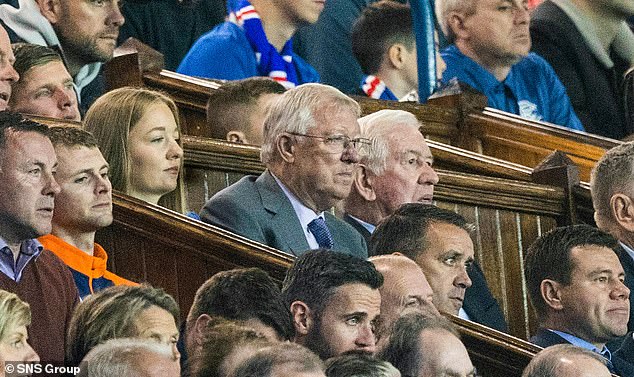 ‘I learned so much from him. As you develop as a coach, you naturally look back at the managers you had, what they did, how they teamed up, the style of play and how they managed individuals. In that sense he is such an example.

‘I had a great time here. Sir Alex said, “Good to see you again”. And he thought it was a great match. He said he was proud of me and that he likes to see me as a coach running along the side of the field.’

When asked if he would like to become a manager half as good as Ferguson, Van Nistelrooy smiled: “If I am even one percent as good…”

United would like to bring in Cody Gakpo, but Van Nistelrooy emphasized that Ferguson had not asked about the PSV winger. 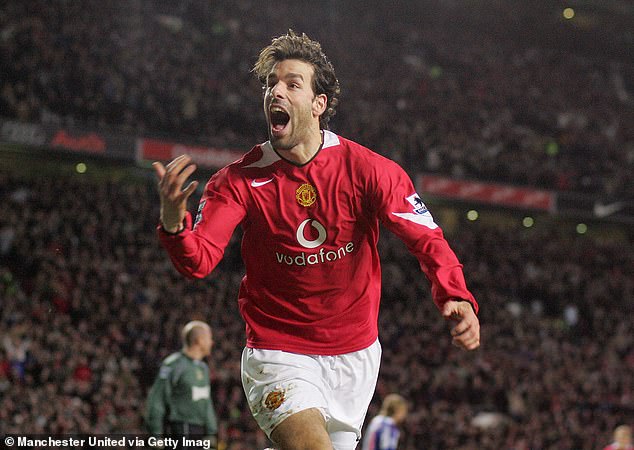 “He didn’t,” the 46-year-old continued. “We were just talking about how we were. We haven’t really talked about United or players. It was really just a personal conversation.’

Van Nistelrooy was pleased with PSV’s performance and the result, but was hesitant to claim his side were now favorites to make it to the group stage.

“Rangers got dangerous at the end, but thank goodness we play the next leg at home,” he added.

‘We do not expect much difference in the Netherlands’ 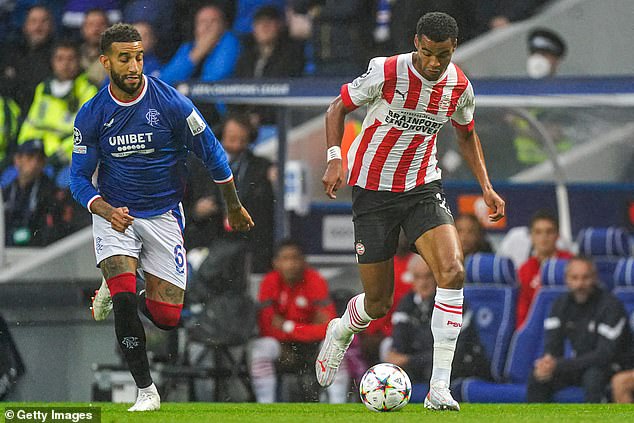 Ferguson did not ask about the goal of the Red Devils and PSV star Cody Gakpo, Van Nistelrooy insisted

“We know what it’s like with a lot of support behind us. That was also for Rangers today. Some spells in the game, the audience lifted the team in such a way that it is difficult. I mean, you really notice.

“There aren’t many places where you feel that way. We will have that support next week.

“But both teams are very similar in quality and playing styles. With the final at home, it has now been reduced to one game. We must prepare and be at our best.’