It feels really good shooting things in Warhammer 40,000: Darktide. This may not sound like the biggest deal – it’s always important for these kind of horde-based zombie-slaying games – but for Darktide, good shooting is important. Developer Fatshark, who previously created spiritual, franchise-adjacent predecessors Warhammer: Vermintide and Vermintide 2, hadn’t used actual FPS mechanics before, with Vermintide being based almost entirely on melee. And getting it right in Darktide, it turns out, was a challenge.

“It was tough,” said Mats Andersson, chief combat designer at Fatshark, who spoke to us at Gamescom. He explains that it’s something they had to build step-by-step, in part because of the game’s hybrid approach that combines both melee and first-person shooting. “We knew we wanted to do a hybrid kind of thing,” he said, “because we wanted to keep the melee part, because we wanted to expand it, rather than have a completely separate game mode with ranged combat.”

Originally, Darktide had what Andersson called “simple ADS,” where holding a ranged weapon simply brings a ranged weapon to the center of the screen to give you that “point down” perspective, like in most FPS games. But Andersson described the result, “if you just have a static animation with some scatter on it,” as “less than great.” The big push has therefore been to “raise the quality of that, and do some more finicky and refined things with recoil and spread, the waving animation mix sets, line everything up so it’s controlled so that the gun is aligned.” comes and shoots where it needs to shoot.”

This sounds technical and, as Andersson put it, fussy, but he set a good example. “With the lasguns,” the laser-based weapons used by some characters of Darktide’s Imperial Guard, “because we have beams, we can’t point the gun in one direction and shoot in another. It looks awful. So we’ve got this too complicated thing to have all those moves you see – they’re not really animations, they’re code controlled, so the gun always swings the way the next shot will go.” This also plays into another aspect of realism, where you can get hit while aiming, and the aim animation shows that, but also corresponds to where you shoot in a different direction – “but it’s really tricky, and it creates an even deeper mastery of it.”

On the other hand, he says, the whole challenge was “getting this extended range thing up and running, because Vermintide had melee, and most ranged games for FPS have a long range — we have a melee, a long range.” and then a So there are actually three different “gameplays” involved, and a meta-loop of the team and the enemies fighting is created: how far should we fight?”

This plays into another, more refined part of Darktide’s gunfight: the enemies that spawn will adapt to how you deal with them. “They change their behavior depending on the range you force on them,” explains Andersson. “Like the enemies have loads of machine guns, you want the Zealot to jump them,” the Zealot is a melee character with a great hammer, “because then they start firing and you are forced to melee.”

“As we’ve seen with the Psycher here,” he continues, talking about the gameplay session we just ended, “if he says, ‘I want to stand here and make heads pop’, we’ll send some pox runners. and like, nya! And then he can’t do that anymore.”

Andersson has more to say on this one – he gives another example of a longer range enemy that will stay in cover and protect almost some sort of defensive line of sight, forcing you to “do pot-shooting at best, or you can suppress them and throw them.” in a grenade, or flank and jump them into melee, if you like.” Shooting at closer range is more “twitchy classic old school FPS” that is “more of the Doom-esque, side-straffe, dodge, shoot five guys with a shotgun in a short amount of time, then lean over into the melee, because sooner or later your clip will dry up, and you’ll have a warp sword, so you might as well use it.”

The takeaway is that there’s a tremendous amount of focus on the rhythm and strategy of Darktide’s battles, more than I admit, could do with my demo. It featured a pretty lengthy mission through the bowels of this decidedly menacing megacity called Tertium. Playing as an Ogryn with a semi-automatic shotgun (which switches to automatic if you want), my job was to take tank damage and deal it quickly in close-range combat against squishier hordes. It is extremely satisfying.

This demo was just about finding enough ammo, which felt very limited on this medium difficulty without being brutal, to keep the wave cleanup going. In more coordinated groups (no disrespect to my randomly assigned teammates, who may or may not have left the wave clearing tank character to solve all the keyboard puzzles in an area while chopping off the onrushing hordes, then go around rescuing them all afterwards), I immediately see how combat will become more nuanced.

That said, the choice is also part of the design. Anders de Geer, game director of Andersson and Darktide, explained that there is a lot of customization possible when setting up a game. Difficulty levels affect enemies’ strength and intelligence, but you can also customize the numbers, it seems, so you might want a stealthy, high difficulty level against a small number of enemies or a lower difficulty level against waves and waves of squelching zombies. This also plays into your class choice – if you want you can squad up as four Ogryns, but you might struggle if a sniper appears on the other side of the map, or as four Psykers who can take heads of mini bosses drop with ease, but could bump into the horde.

De Geer also stresses that, in addition to covering the new release with a diverse and fairly ambitious take on gunfights, there were a few reasons for Darktide’s slight delay to the end of November on PC (console versions are coming “soon” after that). “It’s going well,” he says, when I ask about development in general, “I think, as anyone would say, of course lockdowns and stuff have been worse than we thought, we thought we were in a pretty good place, but now come back to the office and…” Andersson interjects, “and find out what everyone has built,” the timetables had to adjust a bit.” But then,” De Geer says, “we’ve rewritten a lot of technology, so it is a lot of that, fine-tuning things, making sure everything works.”

“I mean [delaying] For me, the launch depends on what Fatshark does,” Andersson adds, “we try to be honest about what really works and try to find the issues. It would be different if we did a copy/paste game. In this case, we’re trying to go into a different kind of setting and expand the ranged stuff and fine-tune everything.”

The emphasis is on the fact that the game has had to change quite a bit over time. “It’s really hard to predict exactly when you’re going to say enough is enough, unless you just do what you said you were going to do, and then accept the quality of it — and that’s not really what we’re doing. Right now it’s a little nice, because that’s what we’re going to start with [stage where] everything works a bit. The game plays nicely. And it’s fun.”

“The first time we talked about the project,” says De Geer, “it’s pretty similar to where we are now. But then there were a lot of different things that didn’t work. We definitely didn’t think we had to do this. distance combat. We thought we’d get there faster. But then we realized it’s not just the FPS experience, it’s the enemies, and we also need to do massive behavior corrections for them, so we can really play with melee and ranged.”

Andersson gives one last example of the chainsword, which has a “full loop” made from “sticky”, where it gets stuck in enemies you attack and follows them, until that feeling “weird”, until now it’s something that you can activate and be “sticky, a little” but then “you can ramp it up even further, like this – there are many things where the original vision has stayed true, but the method and the details and implementation have been through a lot.

“It kind of ties into the question ‘when are we ready?'” he says. “Well, we’re ready when it’s all right.” 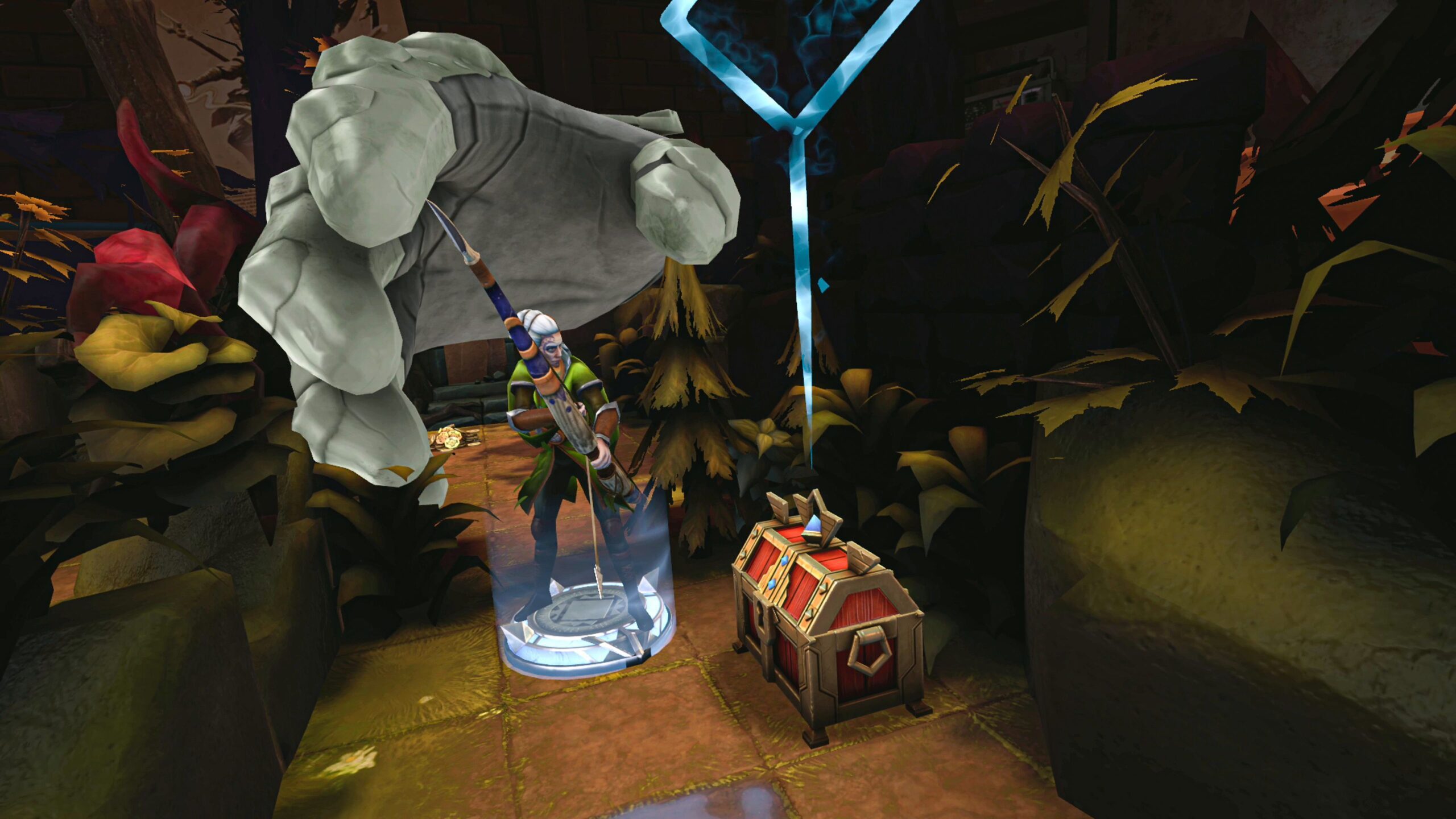 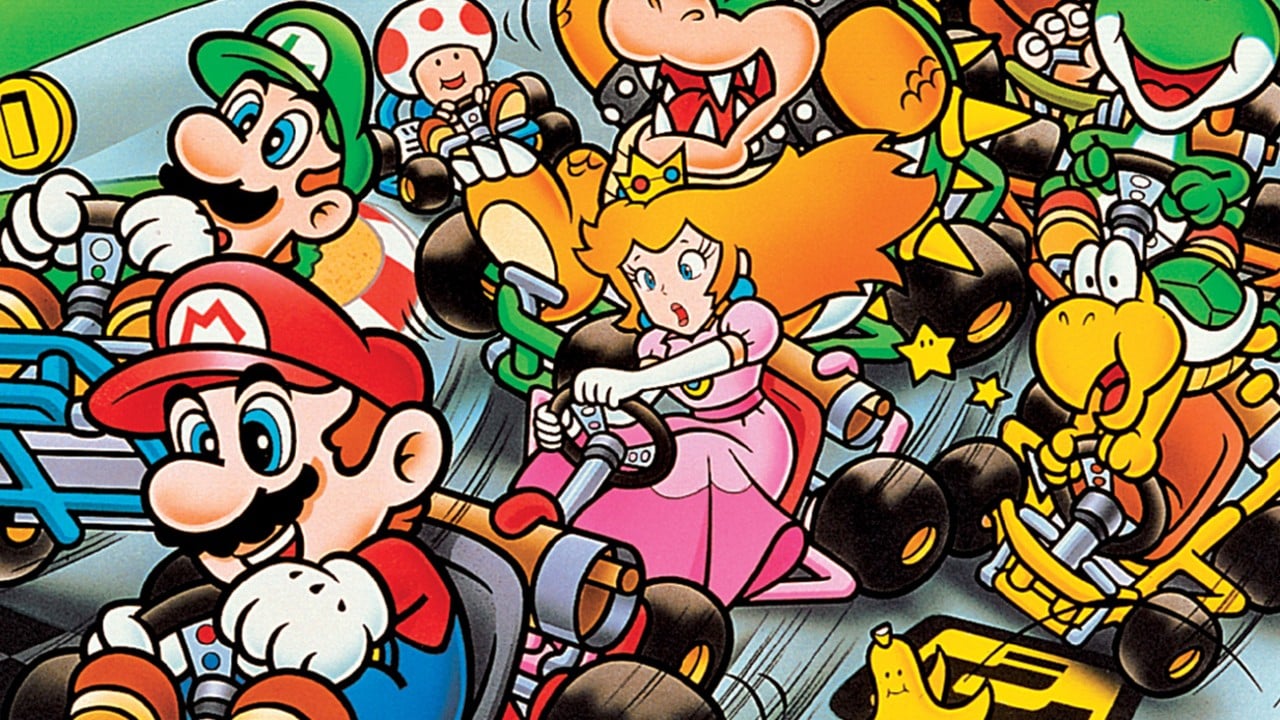